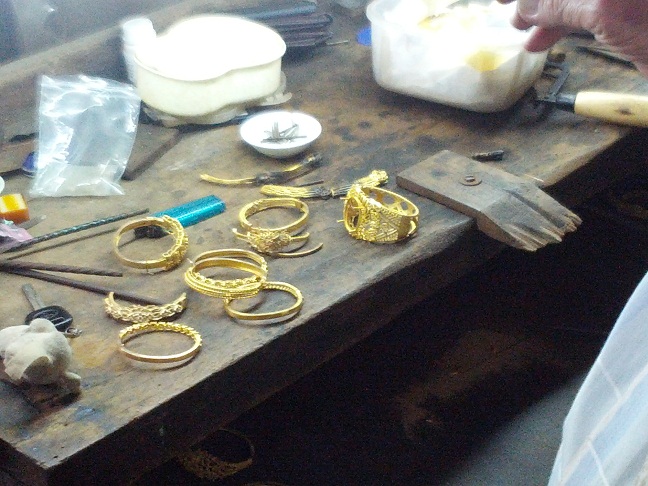 From 1962 to 2011, the country of Myanmar, also known as Burma, was under military rule. The military junta was accused of many human rights abuses and shunned by most developed countries. As a result, Myanmar did not experience rapid growth seen in other Southeast Asian countries, like Thailand, Malaysia and Vietnam.

After an election and the release of Aung San Suu Kyi in 2011, the country opened it’s doors to international investing and has subsequently experienced rapid growth. But, the country is far behind in many aspects; one that is very noticeable is modern technology. Unlike neighboring countries, there are currently very few high technology businesses in Myanmar.

One area of development in which Myanmar is similar to other countries in the region is respect for intellectual property, or lack thereof. Pirated works and counterfeit goods, including fake drugs and local currency, are widely available.

Burmese citizens have few options for holding wealth. Most people are wary of banks and don’t have access to stock and bond markets. Real estate became popular as an investment vehicle, but this caused values to rise beyond the reach of most Burmese, possibly to bubble levels. The only other option for many Burmese is to invest in tangible goods, such as precious metals, gems and jewelry.

During a recent visit to Myanmar, I was able to tour a jewelry manufacturing company in Mandalay. Although working in little more than dirt floored shacks, the jewelers create amazing products with their skill and a number of their own inventions. 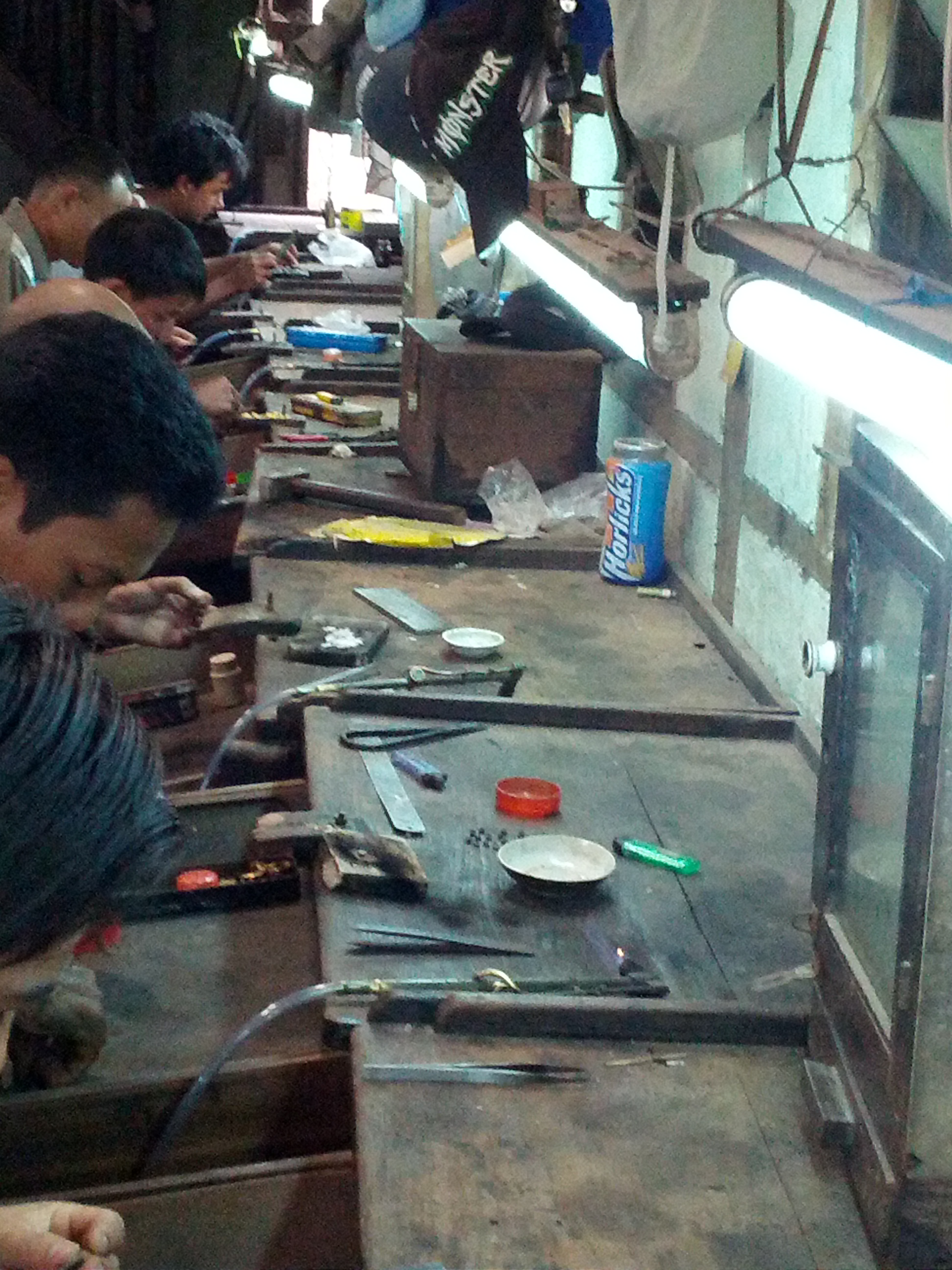 Gold is melted using a gas torch that is pressurized with a foot pump. 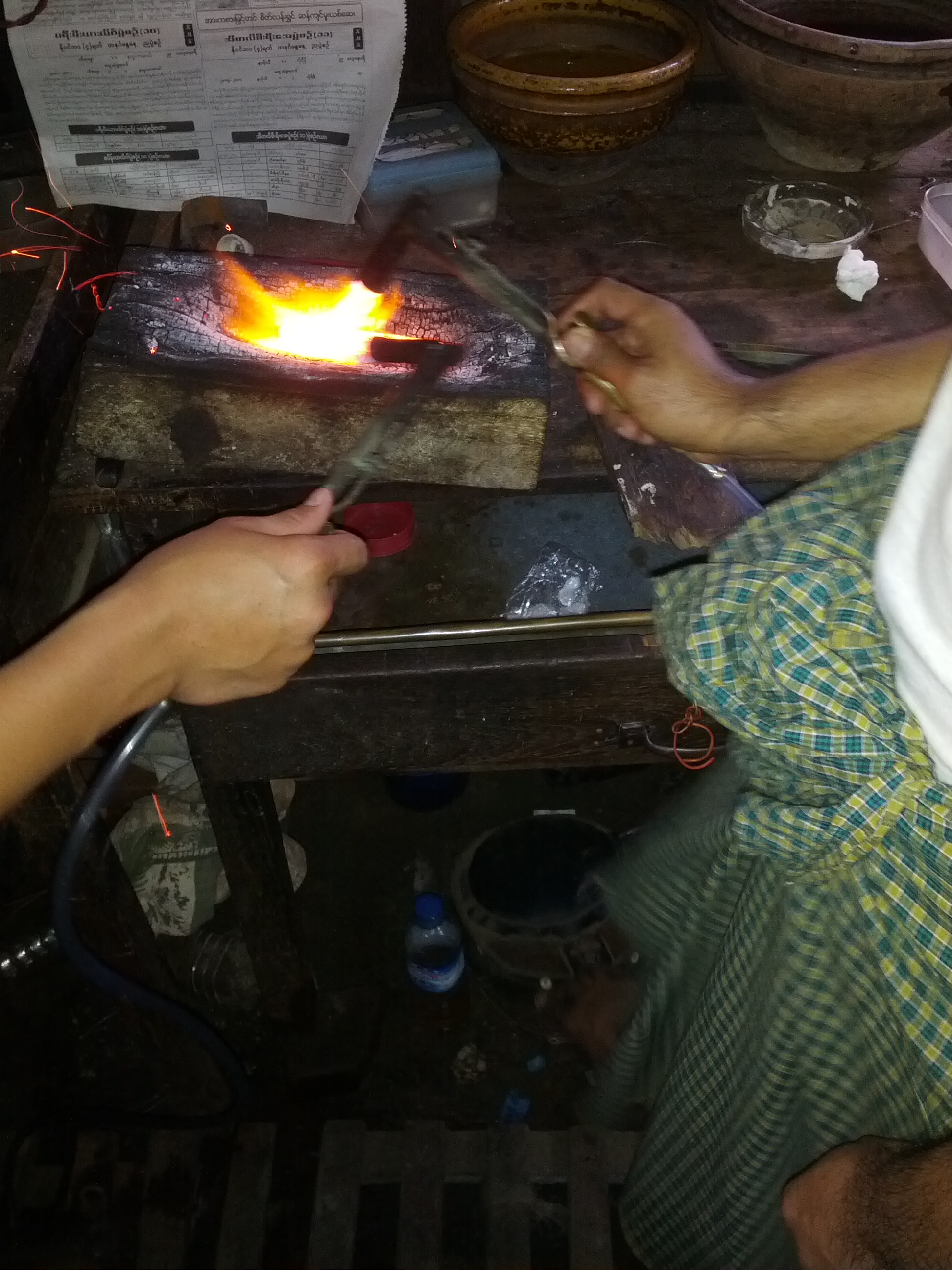 Gold chains are painstakingly made link-by-link using manual drawing devices, saws and pliers. Although the dirt floors seem primitive, the dirt serves as a trap for filings and small gems that are dropped. Once a year, the dirt floors are scooped up and processed to extract the substantial amount of gold and gems that have been dropped over the year.

Despite the limited equipment and absence of any automation, the jewelers create intricate and beautiful jewelry.

A complicated piece may take a thousand man hours to manufacture and most pieces are sold for the price of materials (gold and gems) plus a five percent markup for labor. Finished pieces are taken to a company jewelry shop where they are sold from display cases. The jewelry shops are quite busy and it is not unusual to see families dragging in rice sacks full of currency to buy their newest piece of jewelry.

Although I saw many early signs of rapid economic development, the jewelry industry will continue to play an important part of the economy and a role in the investment portfolio of most Burmese. 3D printers are already making inroads into jewelry manufacturing. When 3D printers get better at printing gold designs, many jewelry craftsmen may be displaced.