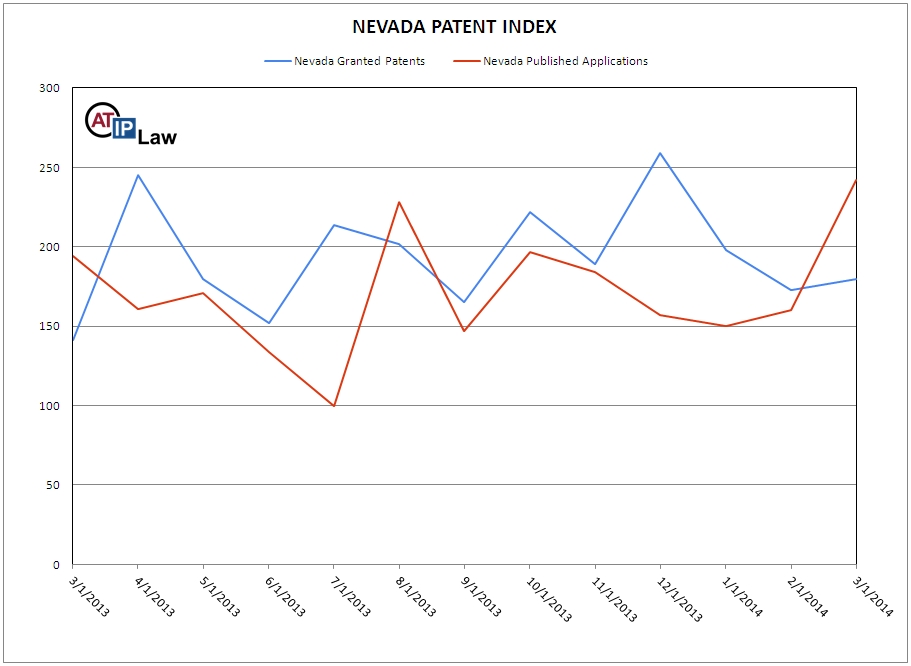 Nevada patents are granted U.S. patents that list either an inventor, applicant or assignee that has a Nevada address.