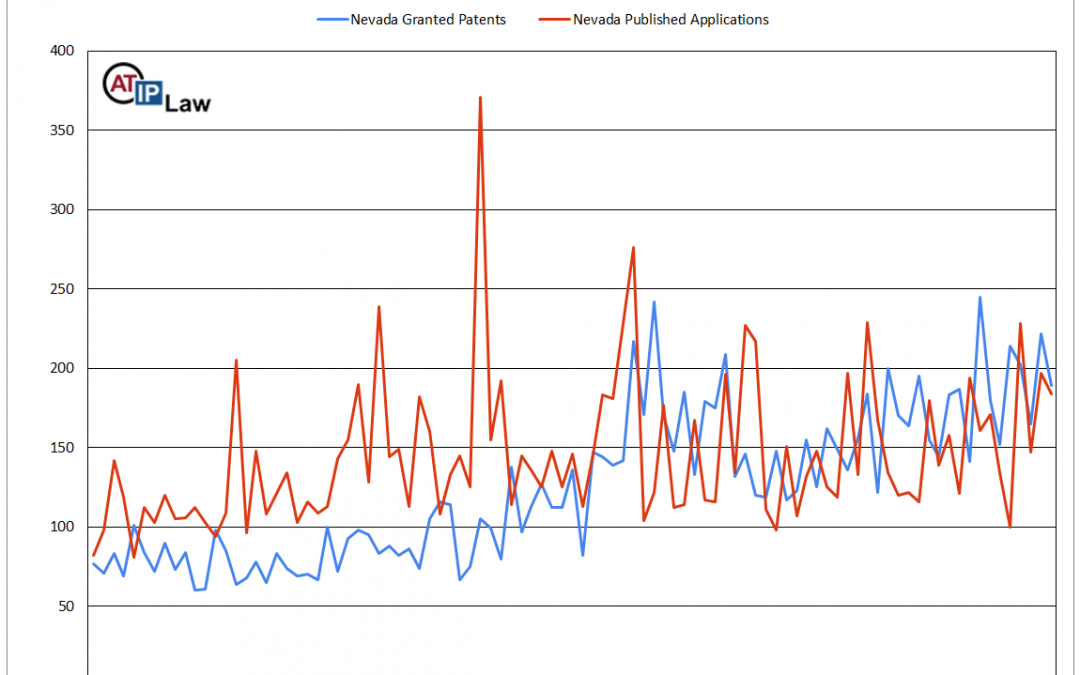 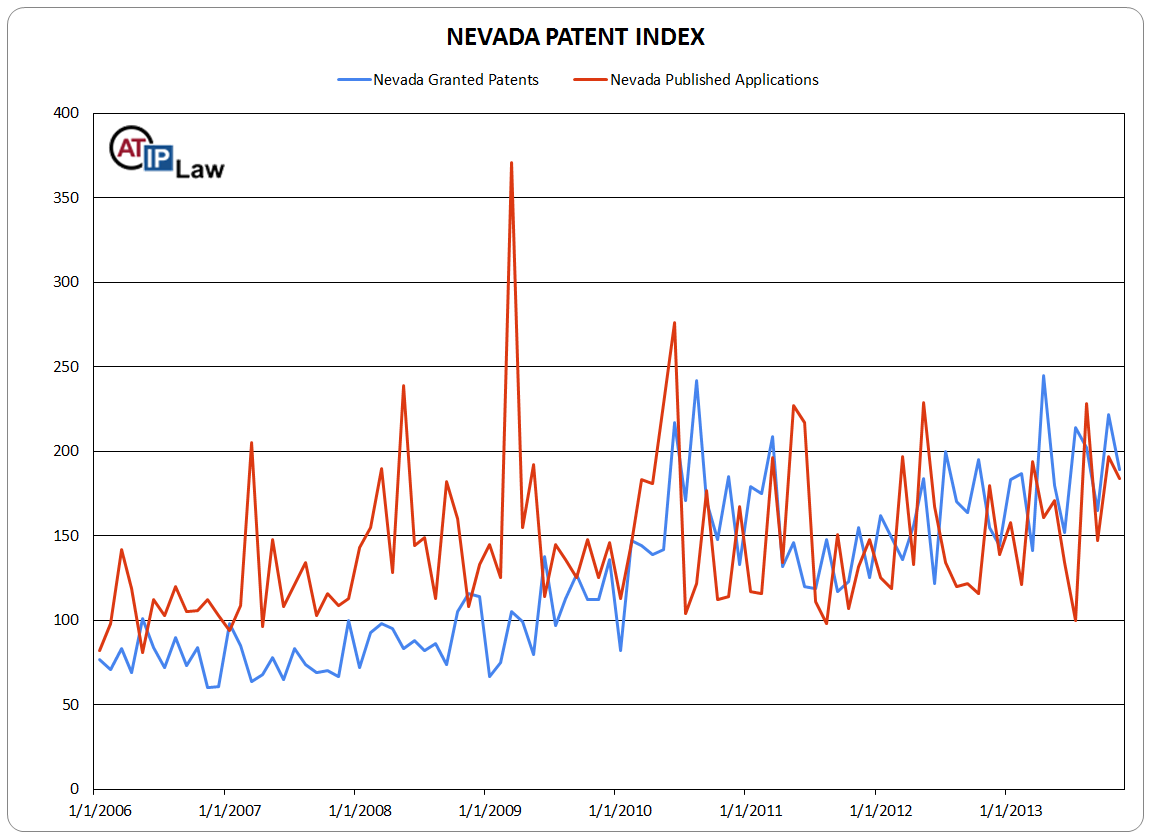 Nevada granted patents are patents that list either an inventor, applicant or assignee that has a Nevada address and that have been approved by the Patent Office.

For more information on patents, please see our patent page.