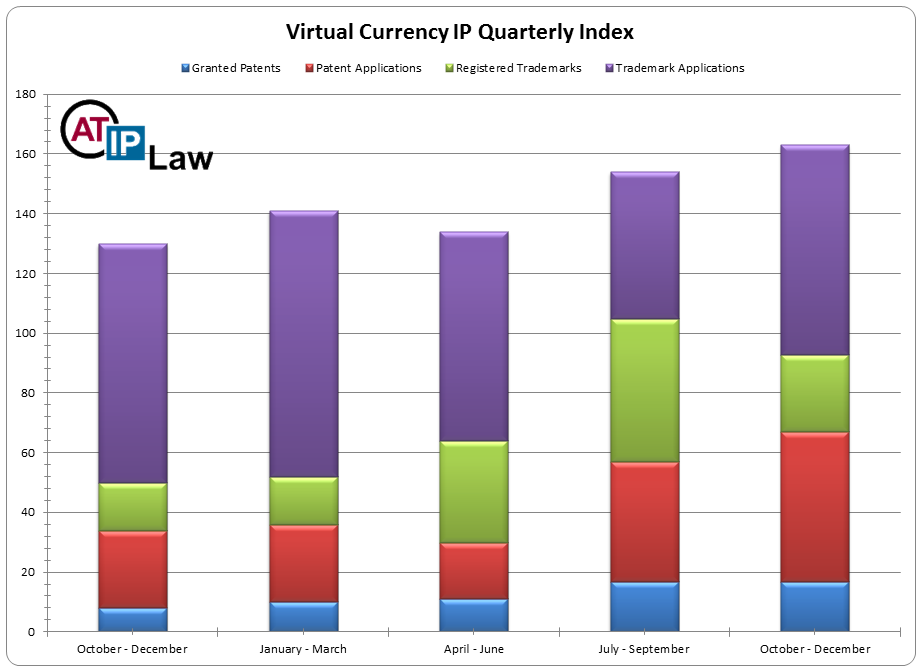 The Virtual Currency Intellectual Property Index also tracks trademarks applications that have been filed in the U.S. Patent and Trademark Office. Once a trademark application has been examined and approved by the Trademark Office and all requirements have been satisfied, it becomes a registered trademark.