Nevada is no stranger to unmanned aerial vehicles (UAVs, sometimes called drones). Many Predator and Reaper UAVs that fly missions around the world are piloted from Creech Air Force Base in Nevada. If you drive north from Las Vegas on highway US95, look up when you are around Indian Springs. You may see a drone on a practice mission flying close to the highway. 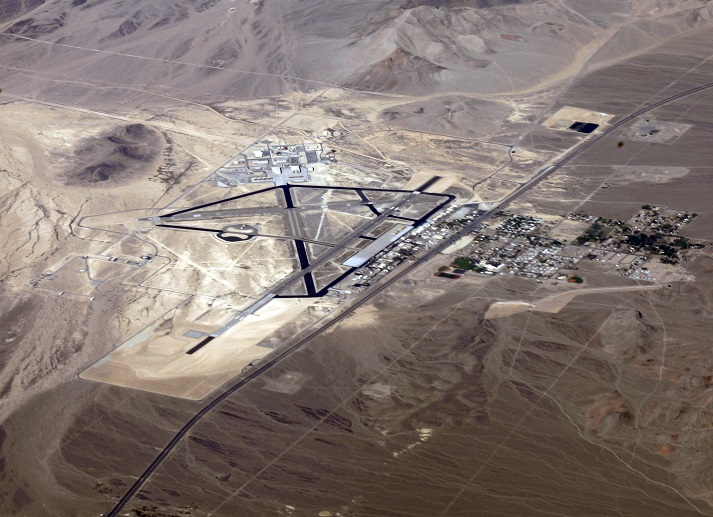 The Drones are Coming

While the U.S. military continues to advance drone technology many companies are looking at ways in which drones can be used in civilian and commercial applications. Many experts predict the widespread use of drones in such applications as remote sensing, search and rescue, surveillance, and even pizza delivery. We will likely see a large UAV industry develop in decades to come.

Nevada as a Test Site

Nevada would be an excellent state for UAV development. Nevada has already been a test and demonstration site for many new technologies, including the Google self driving car, nuclear tests, military aircraft and the land speed record. There are large, unpopulated tracks of land and many controlled air spaces, such as military operating areas. In fact Nevada has the largest expanses of restricted airspace anywhere in the continental United States.

Nevada is also home to Area 51, which has probably been the test site for many secret military UAV projects. In addition, Nevada’s weather is very good for year-round flying and there are many dry lake beds that can serve as emergency landing areas. Nevada is already home to Airship Manufacturing, which offers a blimp UAV, and Drone America, which offers a variety of drone designs, including a seaplane configuration.

In February of 2012, Congress passed the Federal Aviation Administration (FAA) Reauthorization Act. The Act tasked the FAA with developing regulations to open the nation’s airspace to unmanned drones by 2015. Currently civilian UAV are not licensed to fly. The FAA will have to consider many complicated issues related to UAVs, such as collision avoidance, communication and security against hijacking.

Nevada is one of 37 states vying for FAA approval to test drones. The State has identified places in Nevada where drones could fly safely: Desert Rock Airport, Fallon Naval Air Station, Stead Airport and the old Boulder City Airport, to name a few. If chosen as a drone test site, Nevada would be ahead of the curve in attracting UAV related business to the state. The Governor’s Office of Economic Development has produced a brochure with a list of advantages.

The University of Nevada, Las Vegas (UNLV) and The University of Nevada, Reno (UNR) have been expanding their research into drones and have been developing new courses of study. UNLV plans to launch a minor degree program in UAVs next spring in the college of engineering. The university will not be starting from scratch; it has been working with drones for the past seven years, creating a small fleet of unmanned planes and quadcopters. UNR already has a minor degree program in UAVs which will begin this fall.

Expanding on this new field of study will likely increase student enrollment in science, technology, engineering and math (STEM). Many students are fascinated with drones, which will lead them to major in STEM subjects. Even if they do not end up working with UAVs, the state’s technology infrastructure will greatly benefit from more STEM educated graduates.