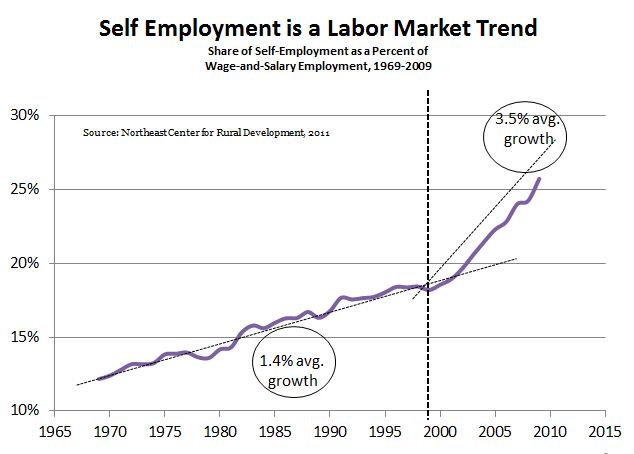 Between 2009 and 2010, micro-sized firms were the only size of company that actually created any jobs at all.

California had the most jobs created by micro-businesses. Out of the ten states below, five were negative in total new jobs created.

Between 2009 and 2010, micro-businesses were net jobs creators in all 50 states. This is the only firm size that enjoys that distinction.

Apparently the SBA does not provide statistics on micro-businesses. For more information on Nevada small businesses, please see the SBA’s report on the State.

We have seen a growing trend of start-up businesses being based on a virtual model with location independence and low investment in infrastructure as key features. Many solo entrepreneurs do not want the management headaches and overhead of hiring employees and choose to outsource or use independent contractors rather than hire employees. Yet these businesses can be very innovative. It does not take a lot of employees to develop new products and services or to improve old ones.