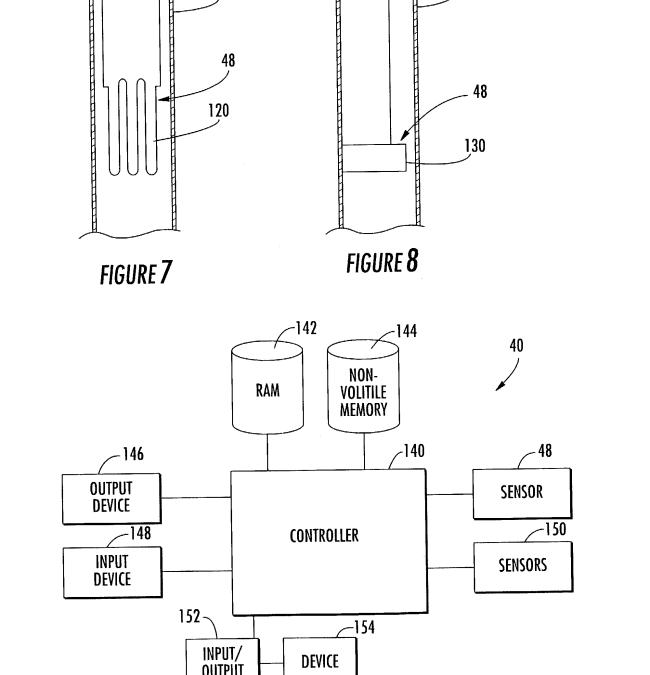 In Part I of this article we discussed how to read the front page of a patent. In this Part II we will look at the drawings, specification and claims.

Most utility patents include a number of drawings following the front page of the patent. These drawings are used to describe the invention. A small percentage of utility patents do not include drawings. These patents tend to be for inventions that do not lend themselves to drawings, such as chemical inventions. 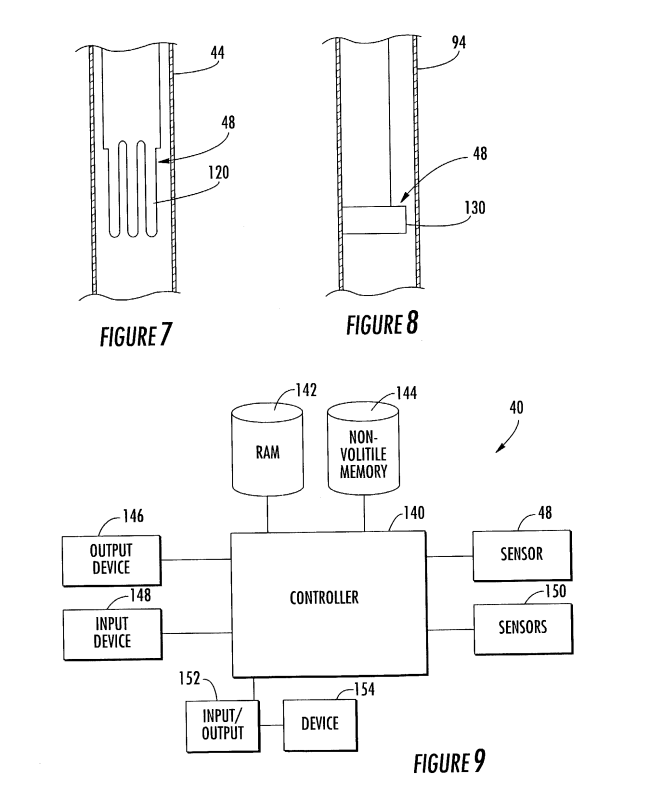 Drawings usually have reference numbers that point to specific elements or parts of an invention. Each of these parts are described or referenced in the written description that follows. The reference numbers help make it clear what part is being discussed. 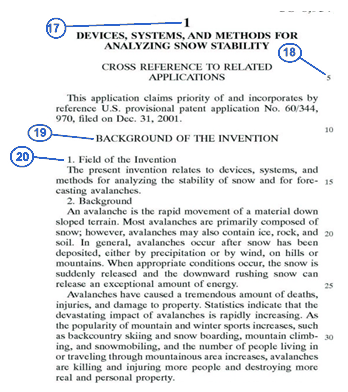 Navigating the Specification with Columns (17) and Line Numbers (18)

Patents are usually printed in columns (17) that contain line numbers (18) running down the side. These numbers are very useful for anyone who needs to work with a patent. Sections of a patent can be referred to easily and unambiguously by specifying a range of columns and line numbers.

Background of the Invention (19)

Summary of the Invention (21) 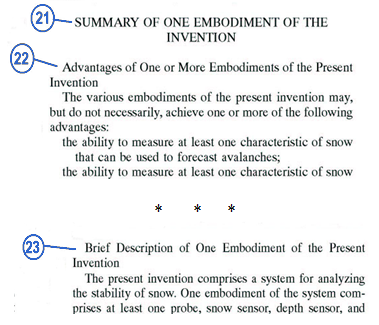 Brief Description of the Drawings (24) 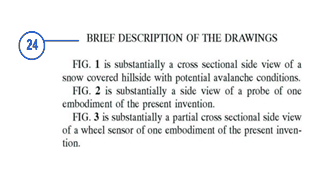 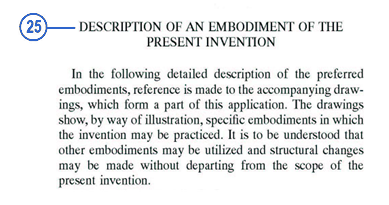 Claims (26) always receive a great deal of attention during licensing and litigation. The scope of protection provided by a patent is mostly determined by the patent’s claims. In a way, claims are similar to a metes and bounds description in a property deed.

Although applicants want to obtain broad claims for a potentially more valuable monopoly, it is important that the claims be specific enough to be valid. Occasionally, an applicant obtains a patent from the Patent Office only to have the patent invalidated by a court during litigation.

Patent law has evolved in such a way that claims are confusing to non-patent attorneys. For example, each claim is written as a single sentence and some claims have dozens of clauses and parts.

Non-patent attorneys sometimes make the mistake of interpreting the scope of a patent based only on part of the patent (e.g., the title or abstract). However, the scope of a patent is determined by the claims as they are interpreted using the entire patent as well as its prosecution history in the Patent Office. In addition, claims do not always mean what they say. There are a number of legal doctrines that could lead to a much narrower or broader interpretation than their apparent meaning. 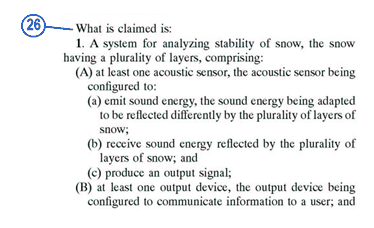 A patent can sometimes seem impenetrably dense and confusing. However, a brief review can reveal important information from even the most complex patents.

Please call us if you need help with a patent issue.