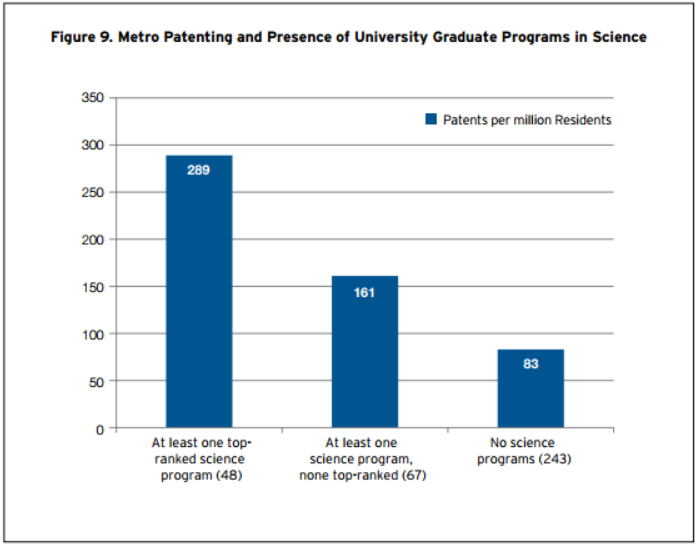 Brookings Institute recently released a study in which it concluded that education is a strong driving force to high levels of innovation. Education and innovation are directly related to each other and the education-innovation relationship is also important to economic development.

The graph below compares innovation (patent rate) with the presence of graduate science programs.

The top six metro areas with the most patents had at least 10 graduate level programs. The only city in the top ten that did not have a top-ranking graduate program was Detroit, MI.

Just a five percentage point increase in the share of workers with a STEM bachelor’s degree predicts an increase of 176 patents per million residents. 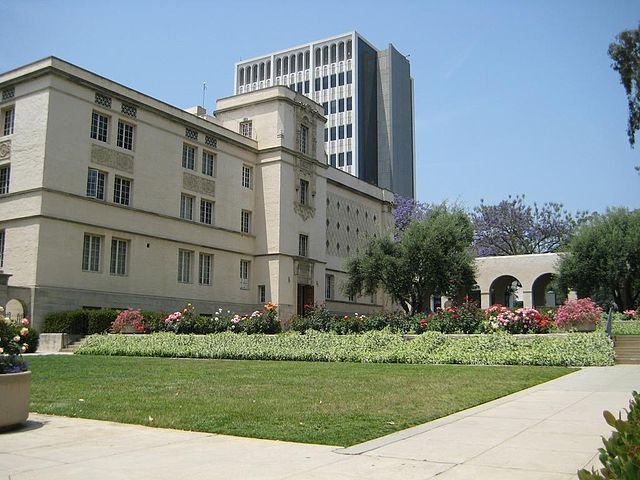 These are the top six metropolitan areas ranked by the number of patents granted:

The Brookings study also concludes that collaboration plays an important part in innovation. Places with a higher number of patents have more co-inventors per patent. This suggests more collaboration among researchers. Collaboration tends to be fostered by research universities.